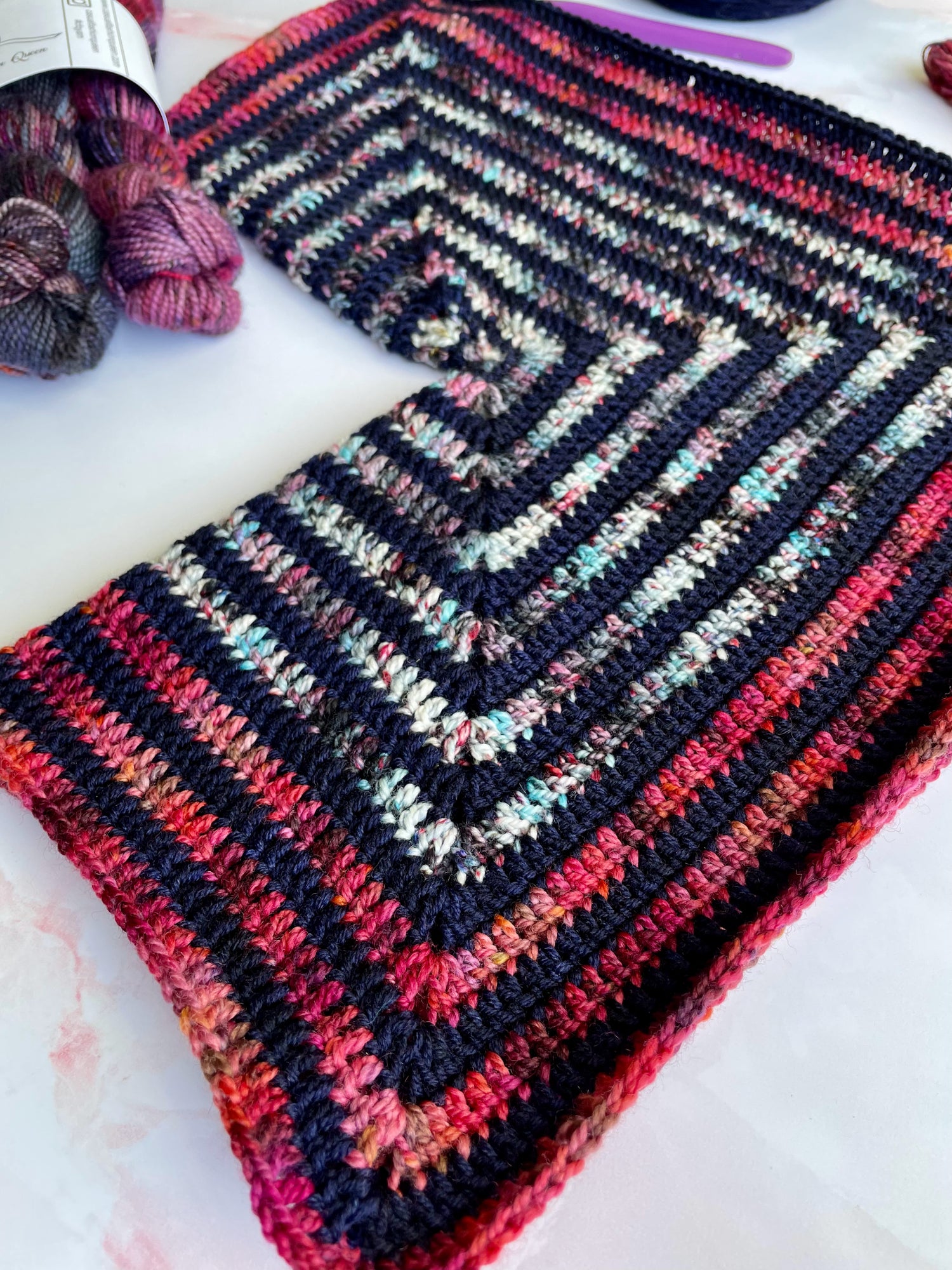 I'm just over 3 months into my stash enjoyment goals for the year, so it seems like a good time to check in with you all!

If you're new, the focus of my Stash Enjoyment theme is exactly what it sounds like - enjoying the yarn I've already purchased instead of being caught up in the hype of constantly buying more. It's not necessarily a buying freeze or "yarn diet" as people like to call it, but is a positive focus on the fact that I've got more than enough yarn and would like to enjoy it instead of leaving it to languish on the shelf.

I calculate yarn used by yardage and by weight, so I'll add yardage in when yarn is purchased and subtract it when it is used up, given away, destashed, etc, which gives me my net +/- number for the month.

So, what changed? I stopped buying yarn and started finishing projects. Currently it's been just over 40 days since I've bought yarn and I'm loving it! Instead of seeing the stress of the number going up, using what I have feels like a more attainable goal. 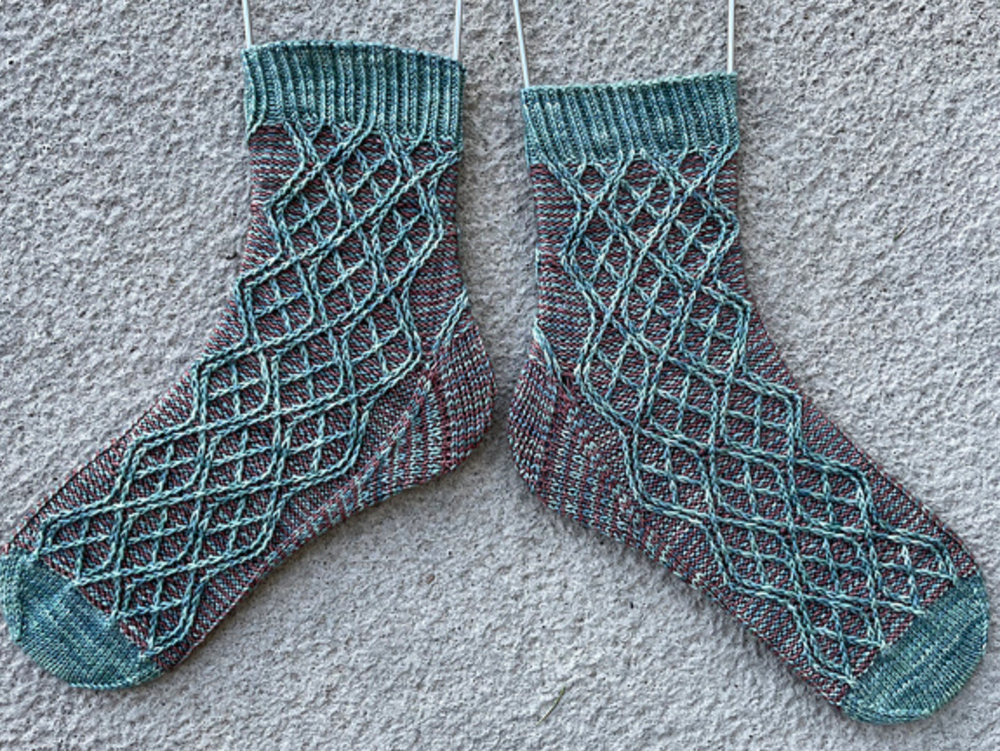 These socks were the qualifying pattern for the Sock Madness competition on Ravelry. I haven't competed in it for a couple years, but felt like this year I could use some normalcy and gave it a shot.

They're absolutely beautiful, but I failed to take gauge into account, so they fit my eldest son, who wears a US kids 3 (instead of me who wears a US Women's 8.5). All in all, the pattern is really lovely and forced me to try a lot of techniques I normally would have skipped (like twisted stitch cables!) 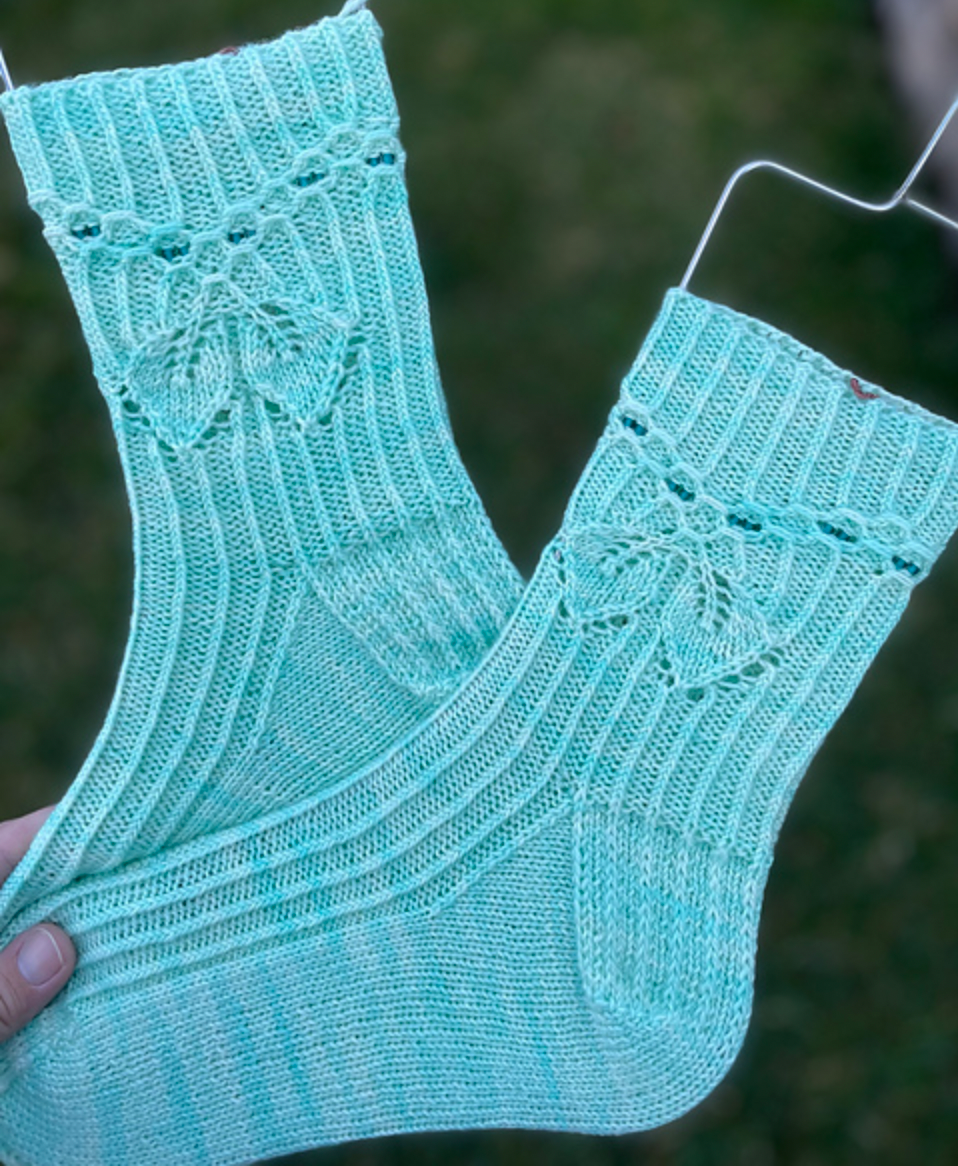 These socks were for the next round of Sock Madness. Honestly, they were a push. I found as I was knitting them that my perspective on knitting has changed. I no longer enjoy the competitive nature of the event; These socks do not fit me either, as the smocking at the top makes them too tight to even pull over my instep. I knit them with US 1.5 needles (2.5mm), which is my normal sock needle; used a thicker yarn than usual (Knit Picks Hawthorne) and still can not wear them.

I thought I would be able to cut the top off and do sock surgery, but it seems that all I did was destroy a sock. Having arrived at that point, I *did* attempt the next round's sock, but realized my heart is no longer in the competition and have dropped out. This poncho was a crochet test project for the designer. I've never made or worn a poncho before in my life, but the construction of the pattern seemed fun and it fit a yarn in my stash that I wanted to use up.

The construction is intriguing, but I honestly don't think I'll ever wear this - it will likely be gifted to someone else who wears ponchos. There's nothing wrong with the pattern itself, it's just not my style.

So, there you have March! I'm hoping to carry on this momentum with me for the next few months - I have a couple fairly large projects that should be finishing up soon, which would contribute nicely to the yardage dent I'm making. Apparently I use between 1,000-2,000 yds per month, so I'll have to keep going at that rate for 5-10 months just to compensate for the over-purchasing in February.

I'm ok with that, though. Seeing progress (however slow) is encouraging!

If you're working from stash, how's it going? Are you meeting your goals? Did you have to start over a couple times like me? Let me know so I can cheer you on, and use the #StashEnjoyment2022 tag on Instagram if you'd like to.

By using this website, you agree to our use of cookies. We use cookies to provide necessary site functionality and provide you with a great experience.

Thank you for commenting

Your comment is awaiting moderation, and will be published as soon as it has been approved

Your message has been successfully sent

Your form has been submitted. Please check your email for a copy of your responses. If you're accepted, you'll receive an email with a link to checkout.